NMN or nicotinamide mononucleotide is a naturally occurring compound that stimulates production of another compound, called NAD or nicotinamide adenine dinucleotide. As part of the aging process, your body produces less NAD as you get older.
Sadly, when NAD levels drop with age, inflammation or rusting of the body, shoots up. As studies have shown that keeping inflammation low throughout life is a key factor to living to 110 and beyond, anything you can do to keep inflammation low will help you to enjoy great health at 100. Thus, more NAD and less inflammation could be the way to reverse aging with NMN.
As keeping NAD levels high is important to slow aging and keep inflammation at a minimum, many longevity researchers, including Dr. Shin-ichiro Imai, MD, PhD from the Washington University School of Medicine, tried to see if they could reverse aging with NAD supplements. Sadly, his research, as well as research from other longevity studies, failed.

Given NAD supplements failed to reverse aging, Dr. Imai and his colleagues approached this challenge from a different angle. Rather than give NAD supplements, what if they gave mice NMN supplements and then let the mice naturally boost NAD by converting NMN to NAD.
This study was wildly successful. Newspapers around the world reported this past week that Dr. Imai may have found the “fountain of youth.” Indeed, this NMN mouse study even landed them a prominent TIME Magazine article.
Dr. Imai and colleagues took adult lab mice and then randomized them to one of three treatment groups. The first group was treated with low-dose NMN dissolved into their drinking water. The second treatment group drank high-dose NMN in their water. Lastly, the third group had nothing added to their water.
Dr. Imai and his team them followed these mice very closely for one year. As lab mice typically live only two years, they followed these mice until old age.
These Washington University researchers found that NMN was absorbed within minutes to the blood stream of mice. Once inside the blood stream, NMN was converted to NAD thereby boosting NAD levels in these mice.
One theoretical concern was that boosting NAD levels could cause tumors to form in these mice. Fortunately, no tumors or any other complications were observed with NMN supplementation.

Interestingly, the observed NMN benefit was only seen in older mice. Dr. Imai theorized that this was because younger mice made enough NAD so their low levels of inflammation weren’t helped by NMN supplementation.

Benefits of NMN
Quite remarkably, this study showed that old mice could be made young, thin, and energetic again with NMN. Indeed, they convincingly showed that you could reverse aging with NMN. Below are the eight key findings of this study.
1. Lower body weight
In this study, mice fed low-dose NMN lost 4% of their body weight. Those fed high-dose NMN lost 9% of their body weight.
2. Increased energy/better mitochondrial function
The mitochondria is the energy power plant of cells. In this study, mice given NMN were much more energetic and had better energy production from their mitochondria.
3. Less diabetes
Mice on NMN showed much better insulin sensitivity. Better insulin sensitivity means less diabetes. Even heavier mice on NMN showed better insulin sensitivity.
4. Lower cholesterol and triglycerides
Researchers found that NMN also dropped cholesterol and triglyceride levels. However, this drop was primarily seen in those mice on high-dose NMN.
5. Less activation of aging genes

As NMN and NAD both activate the SIRT1 longevity gene, these Washington University researchers observed marked activation of longevity genes and suppression of aging genes.
6. Improved eye sight
Researchers found that the retinas in mice functioned much better with NMN supplementation. Also, the older mice were even less likely to suffer from dry eyes.
7. Increased bone density and muscle
Mice treated with NMN also had stronger muscles and bones. Interestingly, the 513 genes that cause loss of muscle and bone density with aging were all suppressed with NMN in this study.
8. Better immune system function
Lastly, NMN treated mice showed better immune function. Better functioning of the immune system means less infections and less cancer.

Foods Naturally High in NMN
As some studies evaluating supplements in humans found that these supplements often produce unintended side effects or toxicities, it is always best to get everything you need from natural food sources. Fortunately, NMN is found naturally in many foods. Below are the six foods highest in NMN.
1. Broccoli
2. Cabbage
3. Cucumber
4. Edamame
5. Avocado
6. Tomato
In addition to NMN, eating more of these six foods will help your overall health in so many other ways. However, it should be pointed out that if you want to reverse aging with NMN, you will have to eat large amounts of each of these foods. Sadly, the NMN in a few stems of broccoli is hardly enough to even begin to boost NMN levels.

UNSW researchers have made a discovery that could lead to a revolutionary drug that actually reverses ageing, improves DNA repair and could even help NASA get its astronauts to Mars.
Professor David Sinclair of UNSW School of Medical Sciences and Harvard Medical School Boston and his team identified in an article published in March 2017 edition of Science today a critical step in the molecular process that allows cells to repair damaged DNA.
Their experiments in mice suggest a treatment is possible for DNA damage from ageing and radiation. It is so promising it has attracted the attention of NASA, which believes the treatment can help its Mars mission.
While our cells have an innate capability to repair DNA damage — which happens every time we go out into the sun, for example — their ability to do this declines as we age.
The scientists identified that the metabolite NAD+, which is naturally present in every cell of our body, has a key role as a regulator in protein-to-protein interactions that control DNA repair.
Treating mice with a NAD+ precursor, or “booster,” called NMN improved their cells’ ability to repair DNA damage caused by radiation exposure or old age.
“The cells of the old mice were indistinguishable from the young mice, after just one week of treatment,” said lead author Professor David Sinclair of UNSW School of Medical Sciences and Harvard Medical School Boston.

Human trials of NMN therapy will begin within six months.
“This is the closest we are to a safe and effective anti-ageing drug that’s perhaps only three to five years away from being on the market if the trials go well,” says Sinclair, who maintains a lab at UNSW in Sydney.
What it means for astronauts, childhood cancer survivors, and the rest of us
The work has excited NASA, which is considering the challenge of keeping its astronauts healthy during a four-year mission to Mars.
Even on short missions, astronauts experience accelerated ageing from cosmic radiation, suffering from muscle weakness, memory loss and other symptoms when they return. On a trip to Mars, the situation would be far worse: five per cent of the astronauts’ cells would die and their chances of cancer would approach 100 per cent.
Professor Sinclair and his UNSW colleague Dr Lindsay Wu were winners in NASA’s iTech competition in December last year.
“We came in with a solution for a biological problem and it won the competition out of 300 entries,” Dr Wu says.
Cosmic radiation is not only an issue for astronauts. We’re all exposed to it aboard aircraft, with a London-Singapore-Melbourne flight roughly equivalent in radiation to a chest x-ray.
In theory, the same treatment could mitigate any effects of DNA damage for frequent flyers. The other group that could benefit from this work is survivors of childhood cancers.
Dr Wu says 96 per cent of childhood cancer survivors suffer a chronic illness by age 45, including cardiovascular disease, Type 2 diabetes, Alzheimer’s disease, and cancers unrelated to the original cancer.
“All of this adds up to the fact they have accelerated ageing, which is devastating,” he says.
“It would be great to do something about that, and we believe we can with this molecule.”
An anti-ageing pill could be on the horizon
For the past four years, Professor Sinclair and Dr Wu have been working on making NMN into a drug substance with their companies MetroBiotech NSW and MetroBiotech International.
The human trials will begin this year at Brigham and Women’s Hospital, in Boston.
The findings on NAD+ and NMN add momentum to the exciting work the UNSW Laboratory for Ageing Research has done over the past four years.
They’ve been looking at the interplay of a number of proteins and molecules and their roles in the ageing process.

They had already established that NAD+ could be useful for treating various diseases of ageing, female infertility and also treating side effects of chemotherapy.
In 2003, Professor Sinclair made a link between the anti-ageing enzyme SIRT1 and resveratrol, a naturally occurring molecule found in tiny quantities in red wine.
“While resveratrol activates SIRT1 alone, NAD+ boosters activate all seven sirtuins, SIRT1-7, and should have an even greater impact on health and longevity,” he says.

NMN Promotes DNA Repair & Turns on our longevity-genes known as SIRTUINS for Healthy Aging!
2019, rapid NMN Transporter gene SLC12A8 found. NMN is absorbed and turned into NAD+ within 1hr. This gene is expressed in many human tissues. NMN is The Most Powerful NAD booster, not NR! 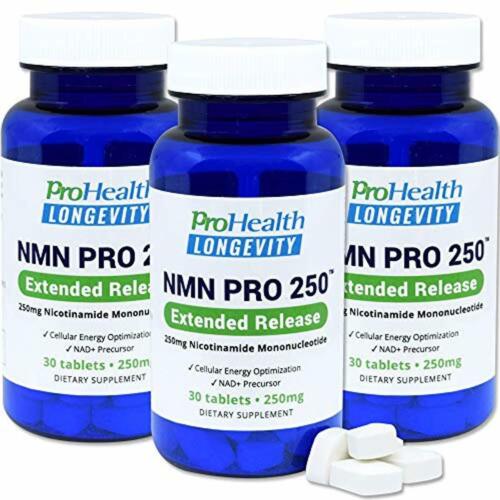